We are listing the top french tennis players you haven’t heard of before.

Frenchman Nicolas Mahut, 40, formerly ranked first in the world in doubles. When he was five, he began training at the Beaucouzé Tennis Club. Later, when he was eleven, he joined a tennis club in Paris.

Mahut won the Orange Bowl in 1999 and the Wimbledon Boys’ singles in 2000 while still a junior. He won his junior Wimbledon the same year he turned pro after a stellar junior career.

He began his professional career at No. 14, his best singles ranking to date. He is also well known for playing in the longest tennis match in professional history.

He has a career-high ranking of No. 1 and No. 6 in doubles, making him one of the most productive players. Mahut has also won the doubles title at the Grand Slam tournament five times. In addition, he has seven doubles titles from the Master 1000.

He won his first ATP singles championship in 2013, and in July of that year, he also won the Hall of Fame Tennis Championships. His best singles Wimbledon Championship performance came in 2016 when he advanced to the fourth round.

French professional tennis player Richard Gabriel Cyr Gasquet was born on June 18, 1986. He reached his highest ATP singles position of No. 7 on July 9, 2007. He has amassed 15 singles victories on the ATP Tour.

Three semifinal appearances at Grand Slam singles tournaments—two at the Wimbledon Championships (in 2007 and 2015) and one at the US Open—represent his best Grand Slam singles results (in 2013). Being the runner-up in Hamburg in 2005 and Toronto in 2006 and 2012 was his best result in ATP World Tour Masters 1000 singles competitions.

At the 2004 French Open, he and Tatiana Golovin won the mixed doubles championship. In 2012, he and his doubles partner Julien Benneteau also took the bronze medal in the men’s doubles Olympic competition. The one-handed backhand and graceful groundstrokes that Gasquet is most famous for are.

At age 12, Gasquet participated in his first junior match in France in April 1999 at a grade 3 competition. He has a career singles record of 44-7 and a career doubles record of 10-4 as a junior. On September 9, 2002, he got his highest position in the world for juniors singles.

Jean René Lacoste is a French tennis player and entrepreneur. Due to how he dealt with his competitors, he got the nickname “the Crocodile.” He is also well-known for inventing the Lacoste tennis shirt, which he released in 1929.

Lacoste was a member of The Four Musketeers with Jean Borotra, Jacques Brugnon, and Henri Cochet. The French tennis stars dominated the sport from the late 1920s until the early 1930s.

Lactose began playing tennis at the age of 15, and at the 1922 Wimbledon Championships, he played in his first Grand Slam competition. But Pat O’Hara Wood defeated him in the opening round.

Lactose was the top-ranked tennis player in the world in 1926 and 1927. He also received a bronze medal at the 1924 Summer Olympics. He also invented the Lactose tennis shirt.

Sadly, Lactose, a renowned baseline player and strategist of the time before the war, passed away on October 12, 1996, at 92.

Gaël Sébastien Monfils is a French professional tennis player born on September 1, 1986. He reached a singles world ranking of No. 6 in November 2016, according to the Association of Tennis Professionals (ATP).

He now holds the top French player ranking. Three ATP Masters 1000 finals—two at the Paris Masters in 2009 and 2010, and one at the 2016 Monte-Carlo Masters—and reaching two major semifinals at the 2008 French Open and 2016 US Open are among his career milestones.

In 2005, Monfils was the ATP Newcomer of the Year. He has made at least one ATP Tour singles final every year since 2005, has won eleven ATP Tour singles titles, and finished in second place twenty-two times.

Monfils has a powerful serve and a powerful forehand, although he favors a deliberate counterpunching style. He consistently positions well behind the baseline and hits his groundstrokes with a lot of topspin and margin.

French former professional tennis player Jo-Wilfried Tsonga was born on April 17, 1985. The Association of Tennis Professionals (ATP) gave him a top-ranking of No. 5, which he attained in February 2012. On the ATP Tour, Tsonga won 18 singles matches, including two Masters 1000 victories.

Tsonga was the ATP Newcomer of the Year in 2007 and won the junior singles championship at the 2003 US Open. He gained notoriety after beating four seeds (including Rafael Nadal, the world No. 2) to advance to the 2008 Australian Open final as an unseeded player.

He won his first Masters tournament at the 2008 Paris Masters and advanced to the 2011 ATP Finals final.

Tsonga and Michal Llodra won the men’s doubles silver medal at the 2012 Summer Olympics. At the 2014 Canadian Open, he won his second Masters title after defeating four players in the top ten.

Tsonga, who finished second in 2014, assisted France in its first Davis Cup victory in 16 years in 2017. At the 2022 French Open, he announced his sporting retirement.

He plays tennis professionally, reaching a career-high world No. 6 rating in the ATP singles rankings.

Simon began playing tennis with the encouragement of his parents when he was six years old, but his professional career didn’t start until the summer of 2002. Before moving abroad, he participated in several Futures competitions during his rookie season.

The 2005 French Open was when he made his first Grand Slam debut. He fell to Olivier Patience in four sets in the first round. He continued playing different games after that.

Simon has amassed a total of 14 ATP Tour singles victories. In 2007, he won his first ATP championship at the Open 13 in his home nation. Defeating world No. 3 Novak Djokovic in the quarterfinals of the Marseille tournament was one of his career-high points.

In 2009, Simon advanced to No. 6 and participated in a French mixed doubles championship with Alizé Cornet at the Hopman Cup. He continued to compete in the 2009 Australian Open as the sixth seed.

Her Grand Slam junior singles victories came in the 2007 French Open. In the 2009 WTA singles rankings, Cornet rose to No. 11, her highest ever position. Then, in 2014, she experienced her most professional high point. She not only bested Serena Williams, the then-world No. 1, once but three times.

In the opening match of the Dubai Championships, Cornet defeated Williams. In July, she earned her second triumph, which she later repeated in Wuhan and Wimbledon.

She ranks third on the leaderboard for appearing in 60 straight Grand Slam events. Additionally, Cornet made it to the second week of each Grand Slam tournament in 2022 by making it to the quarterfinals of the Australian Open.

As the first Frenchwoman to win the WTA Premier singles championship after 2011, Kristina Mladenovic, also known as Kiki, is a well-known French professional tennis player.

She became a professional in 2009, and since then, she has won 24 WTA doubles titles and one WTA singles title.

She has also won four more ITF titles in the singles category and seven more in the doubles category.

Before being professional, Kiki had a very successful early career, finishing first in the junior division. Additionally, she won the title of European Under-14 Singles Champion.

Additionally, Kiki has represented France in events including the 2016 and 2012 Olympic tennis competitions and the top international team competition known as the Fed Cup.

Aravane, the daughter of a mechanic named Arsalan and a physiotherapist named Nouchine, began playing tennis when she was 8.

Her older brother, a tennis teacher, trained her, and she plays better on courts with hard surfaces.

During the Iranian Muslim Women’s Olympics, Aravane won two gold medals in tennis. In tennis, she gets influenced by Steffi Graf and Andre Agassi.

She aspires to be the world’s top female tennis player and is French and Iranian.

The top 15 tennis players in 2010 included Rezai. Despite having a gentle voice, she is a formidable player on the court. In addition to her skill in the court, Rezai is a multilingual person who speaks French, Persian, and English.

In 1999, she participated in the junior competition and advanced to the French Open girl’s finals.

Stephanie’s singles ranking in the world peaked at number 62 in 2003, marking a career-high. She rose steadily and reached her highest doubles ranking of 42 in 2008.

In the 2009 World TeamTennis professional competition, she gets also nominated to play for the Boston Lobsters.

Since 1999, she has been a professional athlete; following her final match at the 2016 Roland Garros, she retired.

She has citizenship in all three nations and was born in Canada to parents who are American and French.

Pierce won four Grand Slam championships, including two in the singles, one in the doubles, and one in the mixed doubles. Most recently, in 2005, at the US Open and French Open, she advanced to six Grand Slam singles finals.

She and Martina Hingis won the doubles competition at the 2000 French Open, and they also advanced to another Grand Slam women’s doubles final at the same tournament in 2000.

She and Mahesh Bhupathi also triumphed in the mixed doubles competition at the 2005 Wimbledon Championships. Pierce won five Tier I singles competitions along with 18 singles championships and ten doubles victories on the WTA Tour.

Additionally, she made it to the WTA Tour Championships final twice. 2019 saw her enshrined in the International Tennis Hall of Fame.

Amélie Simone Mauresmo, a Frenchwoman who once ranked as high as No. 1 in the world in tennis, is also a tournament director. Mauresmo won two significant singles championships at the 2006 Australian Open and Wimbledon Championships. He also took the silver medal in singles at the 2004 Summer Olympics.

Mauresmo first gained the top spot on September 13, 2004, and held it for five weeks. She was renowned for her excellent net play and one-handed backhand.

On December 3, 2009, she made her 15-year professional tennis career official by announcing her retirement. The following year, she began working with several WTA and ATP athletes, including Andy Murray. 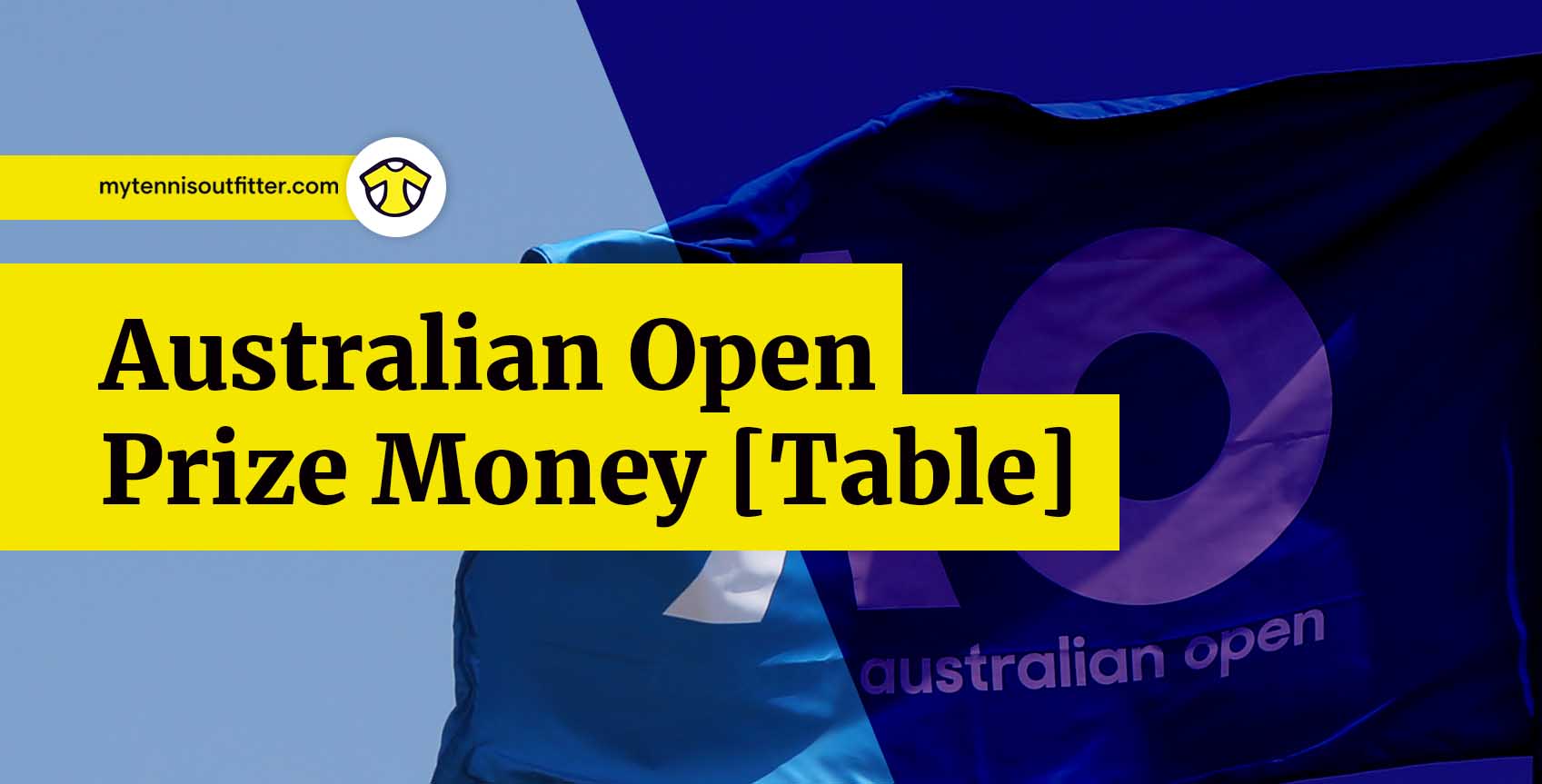 Next
What Is A Breakpoint In Tennis?

What Is A Breakpoint In Tennis?

They will help you learn the basics, develop proper techniques and improve