For a long time, tennis attracting celebrities and the world’s who’s who. Many famous and other sports personalities regularly attend Grand Slams and other high-profile tournaments. The Wimbledon tournament is nearly bursting at the seams with huge names every year. During the US Open, see a lot of Hollywood personalities.

He’s won numerous acting honors and is known for films such as Mr. and Mrs. Smith, Moneyball, Troy, Seven, and Twelve Monkeys. Aside from these, there are a few films that have had a lasting impact on Brad’s career and life,

including Ocean’s Eleven, in which he co-starred alongside a stellar ensemble, and Fight Club, a film that will leave you speechless. Brad used to play tennis for his high school team before becoming an actor and gaining worldwide celebrity.

The American actress and vocalist are most known for playing Black Widow in the Avengers films. Since 2018, she has been the world’s highest-paid actress and a regular on Forbes’ celebrity 100 lists. However, she became enamored with tennis after starring in a film.

In 2005, she was a part of the film “Match Point.” She had to play tennis every day to prepare for her film part. From then on, the actress became obsessed with the sport. Since she began playing, she claims that her body has improved.

Bill Gates, the former world’s richest man and co-founder of Microsoft, has been a lifelong tennis devotee. He has been involved in the sport since he was a child and continues to do so now. He claimed to play tennis for up to 3 to 4 hours in a recent documentary about him.

He has teamed up with tennis stars, particularly Roger Federer, to play charity matches regularly. In 2017, he raised almost $2 million for the Federer Foundation through “Match for Africa,” and a year later raised over $2.5 million in Silicon Valley.

She’s been a tennis player her entire life and continues to be passionate about the sport. She was a nationally recognized junior tennis player during her childhood. Cuoco was ranked 54th in Southern California for girls’ under 14 tennis in 1998.

She began playing tennis at the age of three and continues to play the sport daily despite her decision to pursue a career as an actor in 2001. Ryan Sweeting, a former ATP player and winner of the 2011 US Men’s Clay Court Championships, was her husband.

Matthew rose to prominence as Chandler Bing in the NBC television sitcom ‘Friends.’ Apart from that, he has been in many films. Almost Heroes, 17 Again, Fools Rush, and The Whole Nine Yards are a few of his works.

This multi-talented actor also contributed his voice to the critically acclaimed computer game ‘Fallout: New Vegas.’ Matthew is a tennis enthusiast. This actor stated in an interview that he used to have a passion for tennis and would practice for 10 hours a day.

Matthew McConaughey gets widely acknowledged as one of Hollywood’s most gifted performers. Texas Chainsaw Massacre, A Time to Kill, Contact, and U-571 were among the films this versatile actor starred in it. He appeared in many romantic comedies as well.

He had roles in films such as The Wedding Planner, Failure to Launch, and How to Lose a Guy in Ten Days. He rose to fame for his roles in Dallas Buyers Club and Interstellar and his portrayal of Rust Cohle in Detective. Matthew McConaughey is a big tennis fan who spends a lot of time on the court.

Chaplin, born in London and rose to prominence in the silent film era, is one of the most recognizable faces in cinema history. His iconic art and cinematic image, “The Tramp,” made him a household name around the globe. Even after more than 100 overs, it is still quite well-known.

Playing Tennis After a Long Break

However, he was a tremendous admirer of the sport, which is a little-known detail about him. He was a member of the Beverly Hills Club and routinely played the sport. In his Los Angeles home, he even built a court play regularly.

Tina Fey is a well-known American writer, comedian, and actor. Aside from that, she has a fascinating side that most people are unknown. She accepted her role in Modern Love because she was allowed to take tennis lessons, which she later verified, demonstrating her passion for the sport.

Multiple Italian top-flight football championships, the Champions League, being a FIFA World Cup runner-up, and being an Italian and AC Milan icon are all achievements that few footballers can claim. But, in addition to being one of the best center-backs in football history, Paolo Maldini was an avid tennis player who even went pro for a while.

He had been a frequent tennis player throughout his professional football career and opted to enter a challenger tournament after retirement. He and Stefano Landonio qualified for an ATP Challenger Tour even, knocked out in the preliminary round. Maldini, who was 46 at the time of playing, left the sport after only one encounter, although he remains a devoted fan.

Prince William and Kate Middleton are among the most well-known couples in the world right now, and they don’t need an introduction. While there are many intriguing facts about them, one that would undoubtedly catch the eye of a tennis fan is that they both used to play tennis daily. Even now, they only play once in a while, and they play against one another.

Kate stated in an interview that they were talented when they used to play regularly. Furthermore, they are still excellent enough today, and she boasted that if they played now, Prince William would have no chance against her.

Shannon Elizabeth is most well-known for her parts in the American Pie movies. She appeared in most of the films in the series and is also a poker player and a model.

She has appeared in films such as Scary Movie and Jay and Silent Bob Strike Back, in addition to American Pie. When she was younger, this actress was a serious tennis player, and she continues to play now and then. She also acknowledges that she wishes she had more time to devote to tennis.

Prev
What Is An Open Tournament?

What Is An Open Tournament?

Tennis racquets feature a variety of characteristics, such as stiffness and

When you pay attention to tennis tournaments closely, you’ll find that most

Rublev possesses a strong forehand, although it isn’t the top

Tennis is a game with no timeouts, and the point is to win 6 games before your 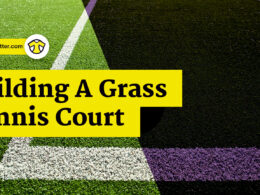 Last updated on September 25th, 2022 Having a tennis court of your own is one of