Thinner people or ectomorphs have an underdeveloped bone structure and shorter limbs. They tend to put on muscular mass. On the other hand, their metabolism is quicker, and they have greater glucose tolerance. Their BMI is usually under 18.5, which is 124 pounds or less in people of an average height.

Many of the best athletes are in this group. The bone structure of mesomorphs is medium, whereas their physique is athletic. Their muscles are lean when their body is active, and their growth hormone (GH) and testosterone levels are dominant. The BMI of mesomorphs is between 18.6 and 24.9, with a weight of 125 pounds to 168 pounds.

With a larger bone structure and increased body mass but also fat, the natural tendency of endomorphs is to be less active. People with this body type have an easier ability to store calories, as well as a poorer tolerance to carbs. Endomorphs have a BMI of 25 – 29.9 and a weight of 169 pounds to 202 pounds in people of average height.

How To Add Weight To A Tennis Racket? Your A-Z Guide

We can also see mixtures of these body types. For instance, some individuals could be ecto-mesomorphs, which means that although they can gain muscle at a comparable pace when exercising, they can also readily lose weight in case they aren’t active.

Endo-mesomorphs tend to accumulate fat more readily when they aren’t exercising yet may be more fit and stronger when physically active. They could be considered overweight during periods of rest, but they are the luckiest when training because they become very fit.

What’s the Normal Weight for Each Body Type in Tennis Players?

Ideal weight charts often provide weights at different ranges to account for all the various body types. For instance, 5 feet, 2-inch-tall individuals weighing 104-135 pounds are deemed healthy. At the lower end, there’s the weight range that corresponds to ectomorphs, whilst the upper end may correspond to endomorphs.

The normal weight in tennis players is determined by the Body Mass Index (BMI), just like it is in other people who don’t play tennis at all, or this sport is just a hobby for them. BMI will be approached further in this article, as it’s very important to observe when trying to determine which would be the “normal” weight for a pro tennis player.

There aren’t many studies on the topic of weight in tennis players, especially as far as the pro tour goes. In one retrospective research, Gale-Watts, and Nevill (2016) sought to provide light on ATP players’ body types and how these changed between 1982 and 2011.

Measures for BMI and RPI (Reciprocal Ponderal Index) were taken, and the RPI was used to determine a player’s weight status or level of “leanness.” Both include height in the calculation, although RPI’s metric places more emphasis on height.

What the study discovered was that throughout the given period, BMI grew nonlinearly, suggesting that the weight of players increased according to height. While a BMI rise often indicates more adipose (fat) tissue in the general population, it also typically shows an increase in muscle mass in pro tennis players.

RPI, on the other hand, fell throughout the same period, effectively showing that players’ general “leanness” got reduced, in the sense that they weren’t lean anymore.

The researchers also divided players into victors (those who advanced to the third round or farther in slams) and losers (the players that lost in the 1st or 2nd slam round). The study’s main finding was that more muscularity is associated with better performance among men pros.

However, this doesn’t indicate that any tennis player should start gaining more muscle if they want to improve their performance. On the contrary, they should adapt their weight to their body type. This can be done by analyzing BMIs during best training days.

What’s the BMI of Some Pro Tennis Players and How Much Do They Weigh?

First, BMIs were determined using data from the ATP site and record books. It’s not sure how accurate those measures are, but Federer looks to weigh 187 pounds, which is also Nadal’s weight.

Additionally, BMI is not always a reliable predictor of somatotype, as there’s no correlation between cause and effect. Would someone call Novak Djokovic a mesomorph? You might wonder. His BMI (21.8) is below average. Some athletes, such as De Minaur and Gilles Simon, have lower BMIs of 20.6 and respectively 20.5.

Others like Tsonga, Verdasco, and Nadal have higher BMIs with respective values of 26.3, 25.4, and 24.7. Verdasco and Tsonga would be considered “overweight.” Yes, indeed, most players often carry greater muscle, and this causes their BMI to be higher, but some voices would say that they are overweight.

Should Tennis Players Attempt to Change their BMI?

So, should tennis players attempt to change their body types and BMI or not? Given what’s been explained above, they should aspire to turn into mesomorphs, right?

According to some opinions, optimization is preferred above complete change. Tennis players probably function best having a specific body type if their biological tendency is toward a specific weight, even if it’s indicated that they are an endomorph or an ectomorph.

However, if you go too far in any way trying to become an endomorph or a mesomorph, issues are sure to arise. Do you believe that Sasha Zverev should be trained to become a real “mesomorph”? His trainer does a fantastic job of incorporating approaches supported by research into the player’s training program, but he won’t, however, likely engage in 3 to 4 days of bodybuilding exercise each week to gain more muscle.

Ash Barty, on the other hand, wouldn’t have the best time with calorie restriction and planning her workout so that she becomes ectomorphic. Barty is a classic power athlete who probably succeeds partly because her body type is how it is.

With the proper on-court and off-court training program, the body of a pro tennis player will adapt suitably to meet unique challenges. At least, that’s how the training side should be approached. Tennis training implies losing weight when playing tennis or conducting lengthy rally exercises. This means that the more you play the sport, the more weight you are losing.

If you have a well-rounded training program that includes different phases of training and your various qualities such as strength, endurance, speed, and agility are explored for the entire year, your qualities become proportioned with your playing needs. You will undoubtedly gravitate towards the mesomorph body type with time. This indicates that you can be meso, no matter your genetic tendency.

On the other hand, there is no need to be “a mesomorph” if you want to compete at a pro level. It doesn’t matter what any study indicates and how you believe that you should look. Tennis players targeting body shape to begin with are said to not train how they’re supposed to. As a professional tennis player, you shouldn’t focus on having a so-called “normal” weight.

What you should take into consideration first is performance. Dieting might be an important aspect of professional sport too, but it doesn’t count at all as a determining factor, especially if it’s the restrictive type. Make sure that you include the necessary nutrients in your diet and don’t forget to hydrate.

Although numerous factors can alter the physique of a player, body composition is crucial in certain cases (particularly de-trained players due to injury or perhaps a lengthier layoff). Moreover, some players are more predisposed to carrying more fat.

When examining research, there always seem to be some problems, particularly with correlational studies, small sample size studies, and studies that get data from potentially unreliable sources. In other words, the information gathered can’t always be considered when it comes to determining how much tennis players should weigh.

Averages eliminate the sport’s whole individual element, skill included. Players should be treated as separate individuals. In case they happen to be ectomorphic, they shouldn’t even strive to modify their body weight. Instead, they should work with what they have.

The same is true of mesomorphs. Instead of forcing individuals to adhere to a certain body type, maybe we might think about designing game styles for their body types and weight.

Therefore, there is no normal weight for a tennis player. And these 3 things should be considered:

Making drastic changes is probably not a good idea.

Most of the time, there’s no need to be worried much about appearance. Instead, focus on choosing the best form of exercise for your game.

Choose foods that will meet your needs for nutrition, energy, and recovery.

Prev
[Basics] What Is a Half Volley in Tennis? 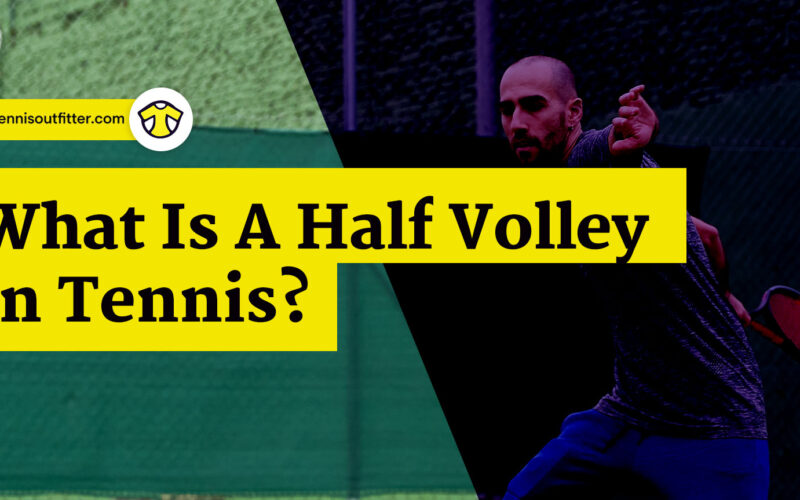 Last updated on October 14th, 2022 The half volley in tennis is that specific

Next
[Learning] What Is The Career Golden Slam In Tennis? 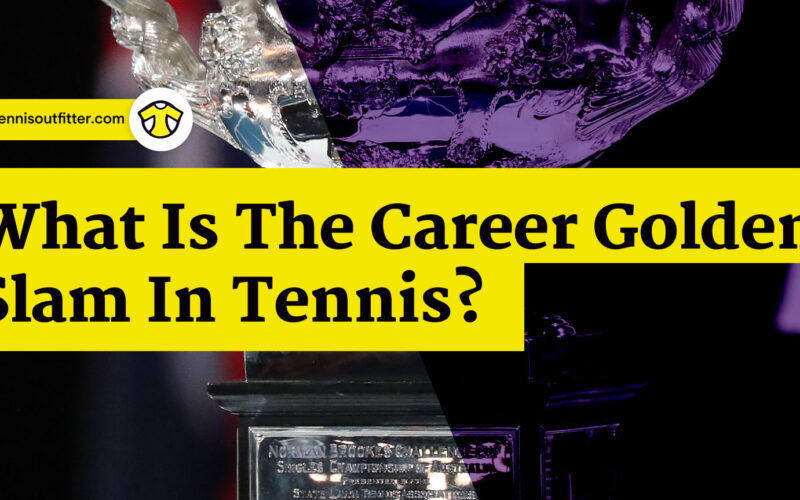 [Learning] What Is The Career Golden Slam In Tennis?

Last updated on October 14th, 2022 Tennis is a game that can be played by anyone

What Was Tennis Originally Called?

Last updated on June 30th, 2022 Did you know that tennis was originally called

Last updated on June 29th, 2022 Working in tennis can be a very rewarding

Last updated on June 25th, 2022 Learning to play tennis by yourself can be a