There are many factors to consider when trying to decide whether to replace or restring a tennis racket.

You’ve just won the final set in an epic tennis match and are now the champion! As you bask in the glory of your victory, you notice that your trusty racket is starting to feel a bit frayed. You’re not sure if it needs to be replaced or just restrung, so you decide to consult the internet.

After a few minutes of research, you come to the following conclusion: if your racket is starting to show signs of wear and tear, it’s probably time for a replacement. On the other hand, if it’s just the strings that are showing signs of wear, then a simple restringing will do the trick. So, which option should you choose?

Ultimately, the decision of whether to replace or restring a tennis racket comes down to a matter of personal preference and budget.

Giving your racket a makeover every once in awhile is important to keep your game up to par. According to the general rule of thumb, you should replace your strings as many times as you play per week.

With all that restringing, would it be better to just buy a new racket? That’s what we’re comparing today.

Over time and with use, strings will lose their elasticity and this can negatively impact your game. It’s important to know whether or not to replace or restring your racket when this happens.

When Should tennis strings be replaced?

This is a question for the ages, and one that has divided the tennis community for years.

Ultimately, the answer comes down to personal preference and playing style. If you are a power player who hits the ball hard, you may need to replace your strings more frequently.

On the other hand, if you have a more moderate playing style, you may be able to get by with replacing your strings less often.

Ultimately, it is up to each individual player to experiment with different string schedules and find what works best for them.

The standard rule of thumb for restringing a tennis racket is determined by how much you play each week.

If you play three or four times a week, it’s recommended that your strings be replaced at least three to four times a year.

Tennis String Gauge: How to Choose One?

Former Wimbledon champion Rene Lacoste used to say that “tennis is a game of inches.” This may be true, but it’s also a game of split seconds. A millisecond can mean the difference between winning and losing.

And that’s why having well-maintained equipment is so important.

After all, you wouldn’t use a torn or frayed racket in a match, would you? The same goes for your strings.

When they start to lose their tension, it’s time to replace them. Not only will this help you perform at your best, but it will also prolong the life of your racket.

So, the next time you’re wondering how often to restring your tennis racket, remember: it all depends on how often you play.

Having A Backup Racket

Any avid tennis player will tell you that having a backup racket is crucial. You never know when a string might break, so it’s always good to have a spare on hand. But how do you know when it’s time to restring your racket?

One way to tell is by inspecting the strings. If they look frayed or sagging, it’s probably time for a new set.

You can also tell by the feel of your swing. If the racket feels heavier than usual or makes a different sound when you hit the ball, it’s probably time for new strings.

So next time you reach for your racket, take a minute to inspect the strings.

If they don’t look or feel right, don’t hesitate to restring them. It could make all the difference in your game.

But how do you know when it’s time to replace your old racket with a new one?

There are a few things to keep in mind.

After all, only you know what’s best for your game.

Upgrading your racket can be a difficult decision. On the one hand, you may feel attached to your current racket and reluctant to part with it. On the other hand, you may be eager to try out a new model and see if it can help you take your game to the next level.

Can A Tennis Racket Be Too Light?

Ultimately, the decision of whether or not to upgrade your racket depends on your individual playing style and needs.

If you are a beginner, you may benefit from switching to a racket designed specifically for beginners.

If you are an experienced player, you may want to experiment with different racket types to see which one suits your playing style best.

Ultimately, the best way to decide whether or not to upgrade your racket is to consult with a professional who can help you assess your individual needs.

Although you can extend the life of your racket with proper care, there are a few key signs that indicate it’s time for an upgrade.

By paying attention to these key signs, you can ensure that you always have a racket that provides optimum performance.

Don’t Restring Too Much

When you restring your racket, you’re not just affecting the strings. The frame of the racket takes a heavy toll as well.

Over time, the grommet strip wears down, making it harder for the strings to grip the frame.

This can lead to premature wear and tear on the racket, and eventually breakage. Replacing the grommet strip when you restring can help extend the life of your racket, so you don’t have to replace it as often. It’s an easy way to keep your racket in top condition and save money in the long run.

How do I know if my racket needs restringing?

Every tennis player knows that having a racket with fresh strings is important for playing your best game.

But how can you tell when it’s time to restring your racket? The easiest way to know is by looking at the strings.

Another way to tell is by how your racket feels when you play. If you’ve been noticing that your shots aren’t going as far or aren’t spinning as much, it’s probably time to restring.

Lastly, if you’ve been having more arm or wrist pain after playing, it’s also a sign that your strings need to be replaced.

While it may seem like a hassle to have to restring your racket, it’s definitely worth it in order to play your best tennis.

Prev
Where Can I String My Tennis Racquet? [All To Know] 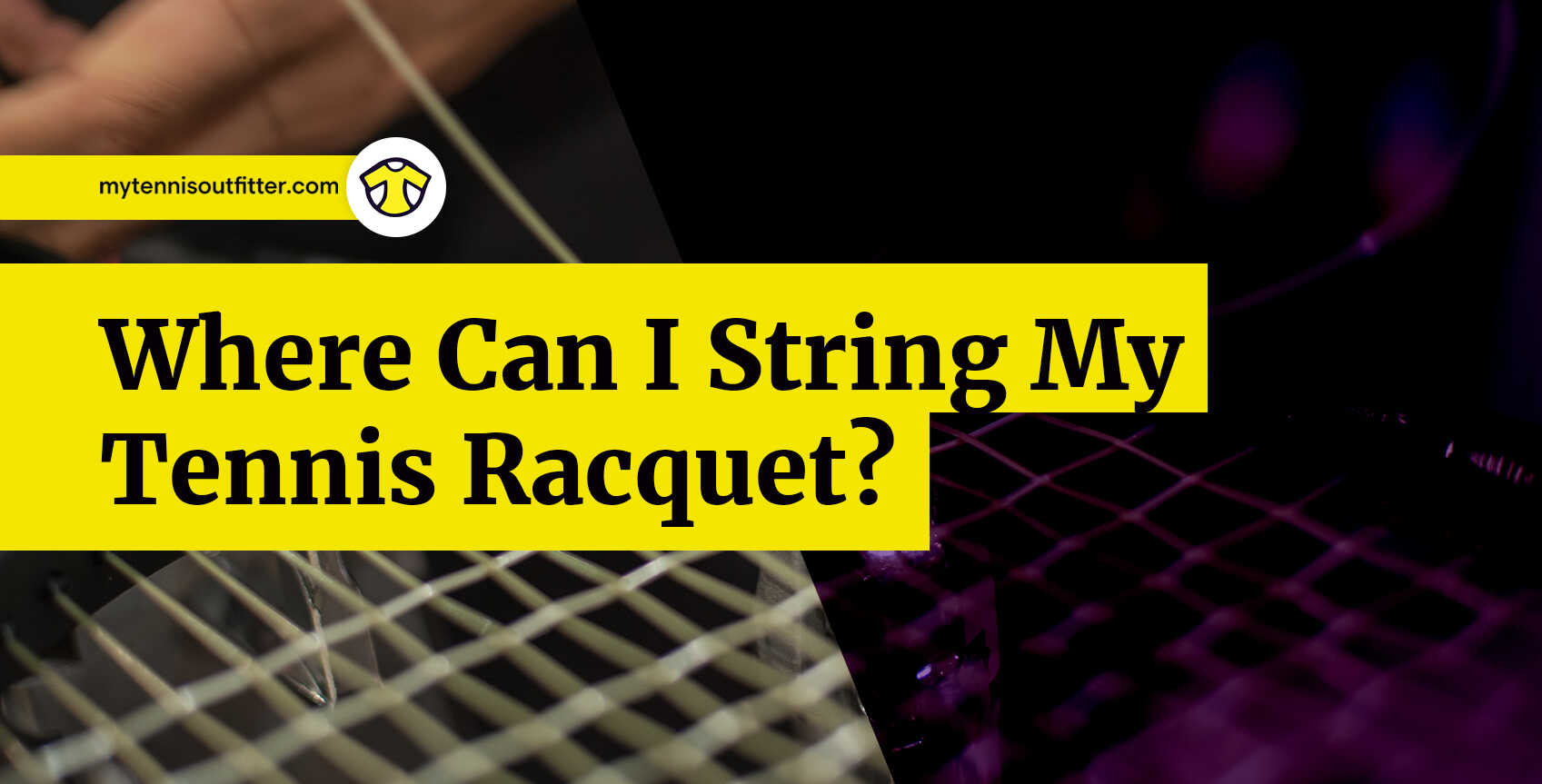 Where Can I String My Tennis Racquet? [All To Know]

Last updated on September 30th, 2022 As any tennis player knows, stringing a

Next
How Is Playing Tennis Making You Smarter? 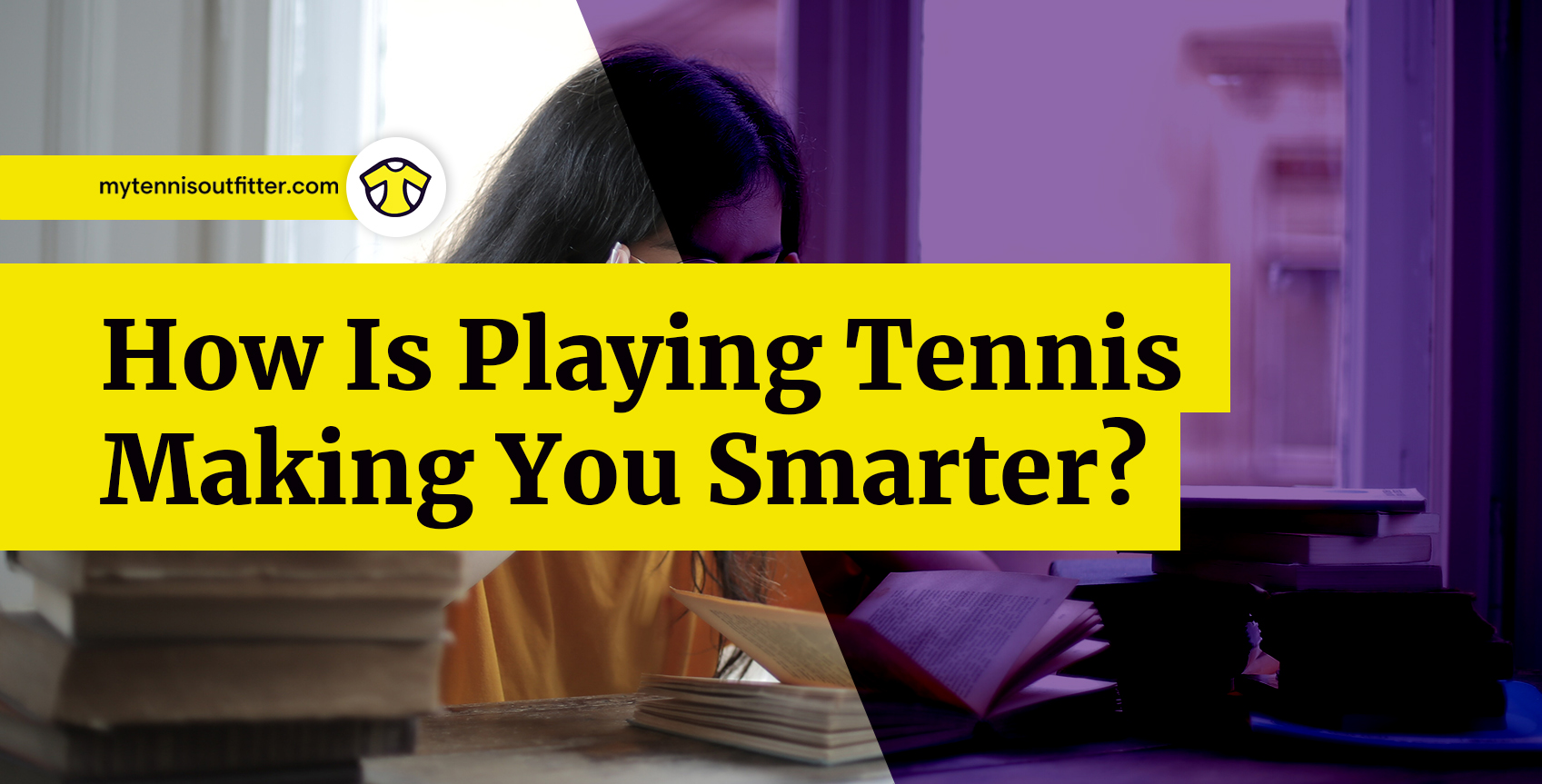 How Is Playing Tennis Making You Smarter?

Last updated on June 30th, 2022 Hitting a tennis ball may not seem like it does

How to Save Money When Buying A Tennis Racket

Last updated on June 30th, 2022 Any avid tennis player will tell you that having

How Many Tennis Rackets Can a Tennis String Reel String?

Last updated on June 29th, 2022 There are many factors that go into how many

What Are Tennis Rackets Made Of?

How To Find Your Tennis Racquet Grip Size

Last updated on June 30th, 2022 Tennis is a great way to stay fit and healthy