When you watch a professional tennis match, it is easy to see that the players are using their entire bodies to generate power and accuracy.

They twist and turn, shifting their weight from one foot to the other in order to get into the perfect position to hit the ball. However, watching a beginner’s match can be a very different experience.

Tennis classes can be a great way to meet people and learn together. But what does it mean when someone says they’re an “intermediate”? Does this refer only to those who’ve played before but aren’t quite skilled enough yet, or do these terms apply across different skill levels in one category (i e something like ‘beginner’ might)?

Often, beginners will use their hands to swing the racket, resulting in a weak and inconsistent shot. As they progress, they will begin to use their arms, and eventually their entire body, in order to generate more power and precision. This ultimately separates the beginner from the advanced player.

While both may have years of practice, it is the advanced player’s use of their entire body that makes them able to competently compete at a high level.

Beginner vs. Intermediate In Tennis

In tennis, as in any sport, it is crucial to know your level in order to properly improve. A beginner is defined as someone who is starting from scratch; they need to learn the very basics of the game.

On the other hand, an intermediate player has learned the basics but needs to now fine-tune their shots and understand more complex tactics.

For anyone who has ever stepped onto a tennis court, it is immediately apparent that the game requires a great deal of precision and skill.

beginners tend to be unsure of themselves in terms of where to stand, how to move, and how to swing their racket to execute the necessary shots.

However, with practice and training, intermediates have moved beyond this phase. Their receiving skills have improved so that they are more able to identify the way the ball is going to bounce and to get themselves into a position to return it.

In addition, their technique has developed so that they are better able to hit the ball consistently over the net and into the correct part of the court. as a result of these improvements, intermediates are better equipped to compete at a

Of course, identifying your level is not always straightforward; it requires some honest self-evaluation. However, it is important to accurately assess your skills in order to set realistic goals and choose the right type of racket.

If you’re just starting out in tennis, you can expect to have a pretty difficult time nailing your serve. It’s one of the most challenging shots in the sport, after all.

Even if you’ve got a good arm and good coordination, it’s still going to take some time before you can serve with any real consistency.

On the other hand, if you’re an intermediate player, you should be able to serve fairly reliably, even if your technique isn’t perfect yet.

In other words, an intermediate player can actually play tennis, whereas a beginner is still learning how to do so.

Of course, that’s not to say that there isn’t still plenty of room for improvement at the intermediate level.

What Is A Beginner In Tennis?

When we think of a beginner in tennis, we may picture someone who is just starting out and does not yet have a firm grasp on the game.

Beginners may be able to hit the ball solidly, but they usually lack the technique to apply any spin.

As a result, beginners are often not very consistent or accurate when they attempt to rally.

Another noticeable difference between beginners and more experienced players is that beginners often do not get themselves into the best position when they receive the ball.

With more experience, players learn how to better position themselves on the court in order to give themselves a strategic advantage.

In short, a beginner tennis player is someone who is still developing their skills and lack the experience to compete against more advanced players.

What Is An Intermediate Tennis Player?

At the intermediate stage, players will have developed a basic level of consistency in their strokes and will be able to rally and serve without too much difficulty.

This newfound competence will allow them to enjoy playing matches against others of a similar standard.

Even though there is still more to learn about such things as tactics and using spin, at this stage of development, players can enjoy playing tennis and may be able to develop their game without extensive coaching.

Thus, for most coaches, an intermediate player is still inexperienced, but nonetheless now has the ability to rally and serve reasonably well, making matches against other intermediates possible and enjoyable.

With continued practice and guidance from a coach, these players can continue to develop their skills and become even better tennis players.

How To Improve From A Beginner To An Intermediate In Tennis?

When you first start playing tennis, it can be daunting trying to figure out all the different techniques by yourself.

So if you’re serious about becoming a better tennis player, make sure to get some coaching and practice as much as you can.

Making The Transition From Beginner To Intermediate

Choosing Tennis Rackets For A Beginner Or An Intermediate

If you have decided that you would like to start playing tennis, one of the first things you will need to do is choose a racket. If you are a beginner, your choice of racket may not seem very important.

However, if you are planning on sticking with the game, it is worth taking the time to select a quality racket that suits your level of play.

There are a few things to consider when choosing a racket, such as your budget, playing style, and skill level. For beginners, it is not necessary to spend a lot of money on a racket.

You can find beginner-friendly rackets at most sporting goods stores for around $20-$50.

These rackets are usually made by big manufacturers and are perfectly adequate for learning the basics of the game.

If you decide that you want to continue playing tennis, you can upgrade to a more intermediate or advanced racket later on.

If you are just starting out, or are not yet very confident in your skills, it is best to choose a racket with a large head and a lightweight frame.

This will make it easier to hit the ball consistently, as the larger sweet spot will forgive minor mistakes.

As you become more experienced, you can opt for a racket with a smaller head and a heavier frame. This will give you more control over your shots, but may be less forgiving of off-center hits.

How Do You Teach The Movement And Footwork In Young & Adult Athletes?

The brain is an amazing thing. It is constantly seeking out ways to perform more efficiently, and this holds true for physical movement as well.

The more a person does a certain movement, the more the brain seeks out to perform that movement pattern efficiently.

This is why tennis players who have been playing for many years often have a very fluid and efficient stroke.

They have simply hit enough balls that their brain has learned to integrate the movement of the various parts of their body into one smooth pattern.

On the other hand, beginner players may look very awkward and stiff on the court because they have not hit enough balls for their brain to develop an efficient movement pattern.

In other words, practice really does make perfect when it comes to tennis (or any other sports for that matter).

One of the most important aspects of teaching tennis to beginners is therefore to help them develop the correct movement patterns so that their brain can learn to move their body efficiently.

This means a lot of drills and a lot of repetitions.

It is often said that it takes 10,000 repetitions to ingrain a new movement pattern into the brain.

This may sound like a lot, but if a beginner player hits just 10 balls per day, they will reach this mark in approximately 3 years.

When you are first starting to learn tennis, your brain is trying to figure out the most efficient way to hit the ball. The more balls you hit, the more your brain is able to map out an efficient movement pattern.

However, it takes a lot of repetition to really embed this pattern into your muscle memory.

That’s why even a 15-year-old can still be a beginner or intermediate player – they simply haven’t hit enough balls yet to develop an integrated movement pattern.

On the other hand, a 10-year-old can be advanced because they have had time to develop muscle memory and hit the ball with more precision.

While drills are important, it is also important to note that simply hitting a ton of balls is not enough.

The player must be focused on the task at hand and be aware of what they are trying to do with each stroke.

This is where a good coach can be invaluable. A coach can provide feedback and help the player focus on the desired result of each drill.

Why do Some Tennis Players Advance Faster Than Others?

Some players become integrated in their movement patterns faster than others for two main reasons.

Whatever the reason, some players do tend to progress more quickly than others.

What can parents do to assist their kids in becoming integrated?

Parents can help their child become integrated by encouraging them to participate in a variety of activities.

By exposing them to different sports and movement experiences, children develop a greater awareness of their bodies and how they move through space.

While it is important to focus on effort rather than technique, parents can also help their child by providing opportunities to practice.

By hitting or tossing balls to them often, children will have the opportunity to improve their skills and develop their own style of play.

How do I know my tennis skill level?

There are a few different ways to determine your level of skill when playing tennis.

By doing this, you can get a good idea of your current skill level and work on improving any areas that need attention. With a little effort, you can soon be playing the game at the level that suits you best.

A 4.5 tennis player is someone who is starting to execute power and spin shots while maintaining pace of the game. This person generally has good footwork and can control the placement of their shots.

They have a basic understanding of how to win points and can usually hold their own against players of similar skill level.

While they may not yet be able to consistently beat better players, a 4.5 player is definitely someone to watch out for on the court. With a little bit more practice, they could easily become a force to be reckoned with.

How long does it take to learn tennis?

Like any skill, the time it takes to learn tennis varies depending on the person. Some people are born with a natural talent for the game, while others have to work a bit harder to master the basics.

In general, it takes anywhere from 6 months to 3 years to become a good tennis player.

However, if you’re simply looking to be able to hold a rally and hit all the basic strokes, you could be ready in as little as 1 year.

The amount of practice you put in, your fitness level, and your ability to adopt new skills all play a role in how quickly you learn tennis.

So, if you’re willing to put in the time and effort, you can be serving up aces in no time. 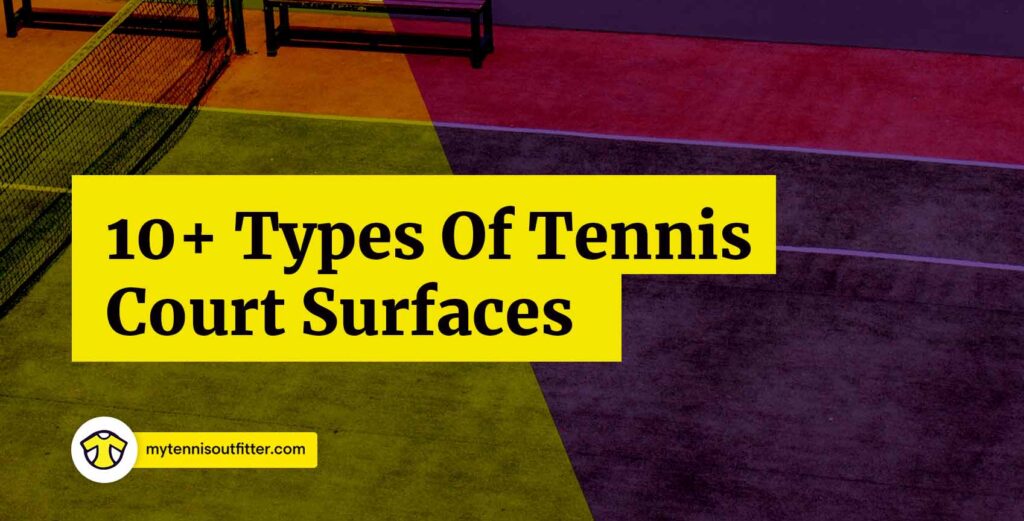