The 3 main serve types most often used are flat, kick or topspin, and flat. Having as many alternatives as you can when playing your game will work to your benefit. Therefore, whether it’s for the first or the second serve, being able to hit all 3 serve types turns you into a very good player.

Let’s examine the benefits and drawbacks of serve types as these can be applied to any second serve too.

The term “flat” is a little misleading, as the flattest first serves at the ATP spin with the amazing speed of 1,000 rpm. Because there’s little room for a safety margin, the flat serve is usually the least advised for second serves. Even if the ball misses the net by just 1 inch, it will still travel far. However, in case you happen to be a little stiff, it might be a good idea to just smash a flat. Such a quick second serve would help you relax.

Kick or Topspin may turn into an attacking shot if struck hard. It is tough for the other player to accomplish anything when you force upon them a serve that they need to return with a backhand side in case it bounces over the shoulder level. Since it’s in the air for longer and enables the player who serves to move close to the net, this serve is also well-liked during doubles play.

How To Practice Tennis With A Wall Drills?

The arc created by the spin may assist in clearing the net. Even if the ball doesn’t get struck extremely deep or hard, the strike still has offense since it may curve either away from the other player or into them. This stroke is not physically taxing. Instead of depending upon how hard you work, it depends on how the ball is hit. The “slice”, also called the “curve”, is produced when the strings contact the ball’s “outside” rather than its “back”, like it is with the flat serve.

The first serve rarely looks the same as the second one. The second serve differs in almost every stroke aspect, including action, ball throw, swing speed, serve struck type, and others. It seems as if 2 whole distinct serves are stroked.

For a first serve, the player fully winds up and strikes the ball with great force. For the second, however, he or she employs a condensed motion and only “sends” the ball out into play. Only gravity brings it down. However, when watching Roger Federer and other tennis pros, both serves seem to be more same than distinct. But let’s analyze how the second serve could be perfect.

Fixing and Perfecting the Second Serve

Along with what has been hinted at above, having a good mental state for the second serve is a perfect place to start. Consider the differences between serves as rather complementary. If you do, the similarities between them will increase. And then, technical elements are made simpler. Let’s analyze technical elements in the following sections of this article.

The feet must be steady for the second serve, as this encourages balance, Jim McLennan pointed out in the article Australian Open – All About the Second Serve. This action stabilizes the feet when performing any upper body movement like that. Think about a professional football quarterback. Does he prefer to throw while rushing or when there’s the opportunity to set his feet?

Keep in mind that foot stabilization entails keeping the feet motionless. It doesn’t prevent you from bending the knees, and neither from arching the back.

Starting Point for the Racquet

It’s usually recommended to use the ball-throwing hand in a manner that assists the racquet when the serve is started. This gives you the chance to loosen up the striking hand’s grip. When the hand with the racquet starts at the same place as the ball-throwing hand, it also seems to assist with timing your action. When hitting your second serve, remember to attempt once again what was done on your first serve.

The ball throw for the second serve will be lower. This is because players often tend to be more anxious and tense during their second serve. It’s tempting to throw the ball at a lower point when physically stressed. However, this won’t generate a lot of speed for the racquet head while hitting the ball and in case the ball gets tossed too low. Decreased speed of racquet head speed means less depth, spin, and pace for a second serve.

You could purposefully throw the ball toward a new spot if striking a certain kind of the second serve is what you want. This is OK, however, keep in mind that you may also want to experiment with making your throws for your first and your second serve more comparable if you experience some problems with the second serve. See if you can give it a try.

Another second serve element most players at the club are struggling with happens to be the grip, which matters a lot in their struggle to hit the most efficient second serve. As already known so far, grips can both increase and hinder the player’s ability to strike the ball in a certain manner. The serve shouldn’t be different from any of the other strokes. More restrictions can result from a severe grasp.

For instance, if you twist your palm into a tight backhand grip that points east, you’ll likely produce as much spin as you need, yet you won’t have much depth and power. However, when the hand is rotated in the eastern direction or farther in the semi-western direction, the serve gets to be flatter and could gain some power. However, it can be much more difficult to add any spin to it. And when there’s no spin, it could become difficult to get a serve that’s hard hit down within the area of serving.

Therefore, the grip that falls midway between the continental and the English grip will provide the most flexibility and a fine combination of spin and speed. Different kinds of serves can be hit if feeling comfortable with this grip.

Considering what can happen when the contact point is established refers to topics like posture, grips, ball throw, varieties of serves, or others. It’s not implied here just where contacting the ball must take place, no. Instead, the moment of the ball and strings colliding needs to be considered. Using your hand or wrist is crucial at this point.

Maintaining the same general motion and the same rhythm while hitting the first or the second serve is why you must use your wrist. The wrist is one of the most important variables for the shot. Whenever a first serve must be hit, the wrist should be accelerated for greater power.

The wrist should be used for depth, direction, and spin, but also power. The action between serves should be comparable. Emphasizing the wrist so that a prior service is rectified might cause a net fault, as well as a serve that got in but wasn’t very deep.

Deepness becomes the crucial element for fixing errors. To rectify previous serves that were too long, emphasize the wrist. Many tennis club players attempt to alter their body and arm position, and this eventually changes their movement.

When it comes to second serves, most beginner tennis players rush to begin practicing. Hopefully, you have learned from this article that a game scenario urgency affects your second serve. Although serving from tennis baskets is advised when practicing technical skills like placement, spin, depth, power, and so forth, it doesn’t simulate a tense match scenario.

Playing practice games with one serve improves the second serve. You can’t just blast away, as you’ll miss and lose the purpose, think about it that way. You also can’t dink the serve since your opponent is going to soon start moving more aggressively in court position, seeing you have only one serve. To avoid hitting a weak second serve, you must be somewhere in the middle. See if you have a second serve improving by playing sets with just a serve, followed by another set with 2 serves.

Prev
Tennis Rules About Calling A Ball Out 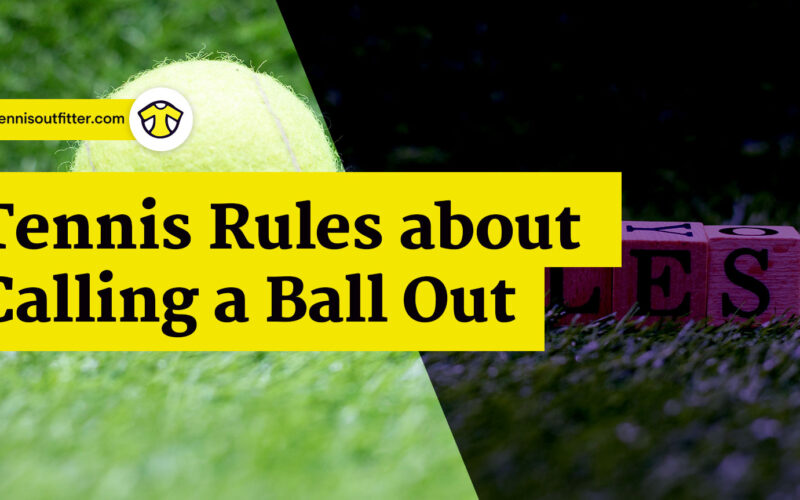 Tennis Rules About Calling A Ball Out

Next
Tennis String Gauge 16 vs 17 [With Tables] 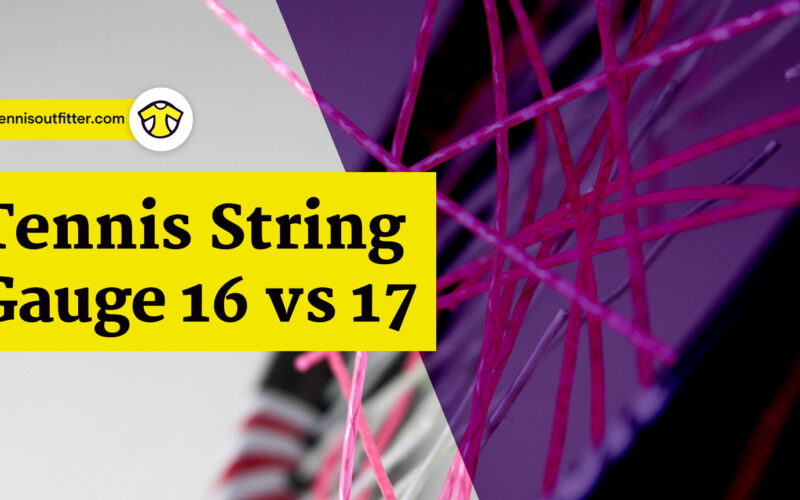 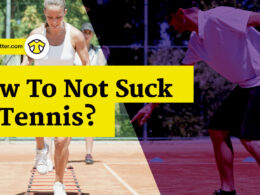 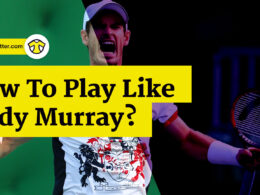 If you’re looking to improve your tennis game, there are a few things that