The Differences Between Wheelchair Tennis and Tennis

Tennis is a popular sport everyone engages in, but wheelchair tennis is a lesser-known game with much less public awareness. People think they’re the same sport because they both use rackets and play on a court, but the two games have different rules, stroke styles, and even different body movements.

People with physical disabilities are always looking for new ways to stay motivated and engaged in their fitness routine, and wheelchair tennis delivers just that. It’s an opportunity for people to stay fit while being active and also develop upper body strength along with teamwork — all while having fun.

In short, wheelchair tennis is a game that people play with disabilities. On the other hand, tennis is a sport where able-bodied players hit a ball back and forth over a net using rackets.

Wheelchair Tennis Has The Quad Division

Quad division of wheelchair tennis is a new sport that is gaining popularity in the United States and abroad. There are four divisions:

The Quad division has a total of eight games in one match, and each game lasts for 20 minutes.

The Quad division of Wheelchair Tennis is extremely challenging and physically demanding. In addition, it is a unique form of wheelchair tennis where athletes must have some type of impairment that alters their running biomechanics.

Players competing in the Quad division are usually wheelchair-bound due to a physical disability that limits their mobility or function. These athletes typically have permanent paralysis in their arms and legs. They may also use an electric wheelchair during games.

Disabilities that cause impairments in these areas include cerebral palsy, multiple sclerosis, spinal ataxia, and amputations. In addition, Quad division athletes must be extremely competitive and physically fit.

A panel of approved classifiers evaluates the physical condition of each player during their warm-up and practice sessions. They may also conduct a physical examination if necessary. Finally, they are rated based on their physical conditioning and ability to perform the required actions.

Research on the physical and technical demands of wheelchair tennis is still in its infancy. In the meantime, progress has increased the competitive level and professionalization of the best players. Therefore, physical trainers should know the factors that affect performance to develop specific training scenarios.

While wheelchair tennis is not as physically demanding as able-bodied tennis, the rules are similar. Players are given two chances to hit the ball.

The quad division of wheelchair tennis is particularly physically demanding because the quad athlete is forced to use all four limbs.

A few examples of athletes who have overcome significant handicaps include Lucy Shuker, a four-time Paralympic medallist who now competes in the singles and doubles divisions of the Australian Open.

Athletes in wheelchair tennis often have higher levels of disability and age, and their sport is played at both the Paralympic and FESPIC games.

Despite the disadvantages, the benefits of wheelchair tennis far outweigh the challenges.

Athletes in wheelchair tennis must have an impairment that affects their running biomechanics, such as a spinal cord injury. Some impairments afflict wheelchair tennis players are spinal cord injuries, amputations, and cerebral palsy. Additionally, they must follow the two-bounce rule, which limits their ability to run as much as able-bodied players.

Injuries in wheelchair tennis athletes are low, but the risks of serious illness and injury are higher than in able-bodied players.

Injuries that affect the kinetic chain have a higher incidence in wheelchair tennis players than in able-bodied competitors. While it’s not entirely clear what contributes to the higher injury rate, studies have shown that injuries to the kinetic chain include upper-limb nerve entrapments. Most wrist injuries are caused by median mononeuropathy or ulnar neuropathy.

Wheelchair Tennis Is A Paralympic Game

Athletes with physical disabilities compete in several different sports at the Paralympic Games. Track and field, for example, is one sport where competitors participate.

To qualify for these Games, sportspersons must compete in at least six to eight competitions each year and submit proof of results from each event. The official website of the Paralympics lists the minimum competition requirements. Individuals should start by competing at the local level, as they will learn how to compete and improve their skills.

The Paralympic Movement has several sports for disabled athletes, including wheelchair tennis. Most athletes participate in Para sport because their physical or mental impairments prevent them from participating in traditional sports.

There are 14 sports for athletes with disabilities, including swimming, bocce, and tennis. Some of the sports are similar to the Olympic games. For example, swimming and cycling are similar to Olympic events, except for the differences in equipment.

Wheelchair tennis players are given different balls to play with than typical players. They have a slower ball that is easier to hit and a lighter ball that is better for their grip.

The balls in wheelchair tennis are softer and lighter than the balls used in typical tennis games because they need to be able to play with much more power. They also need to hit the ball much faster so it doesn’t bounce too high off the ground.

Wheelchair tennis is played on a court that has been adapted to allow wheelchair users to play. The court is the same size as a regular tennis court but has a lowered net and can be configured with different surface types. Wheelchair tennis has been an Olympic sport since 1988, and the International Tennis Federation (ITF) governs the game’s rules and regulations

Many people cannot participate in regular sports due to disability and often find themselves disadvantaged when finding a sport that is well suited for them.

Tennis is an excellent sport that is played by millions of people all over the world. However, wheelchair tennis takes this game one step further, making it more accessible to those who need it. Wheelchair tennis can be played by people of all abilities, from children with spinal cord injuries to athletes with a disability. The game is also played by many able-bodied players as well.

In conclusion, we can say that while tennis is more of a physical sport, wheelchair tennis is a physical and psychological sport where participants not only play against an opponent but against their physical disadvantages too.

Prev
What Are the Types of Faults In Tennis? 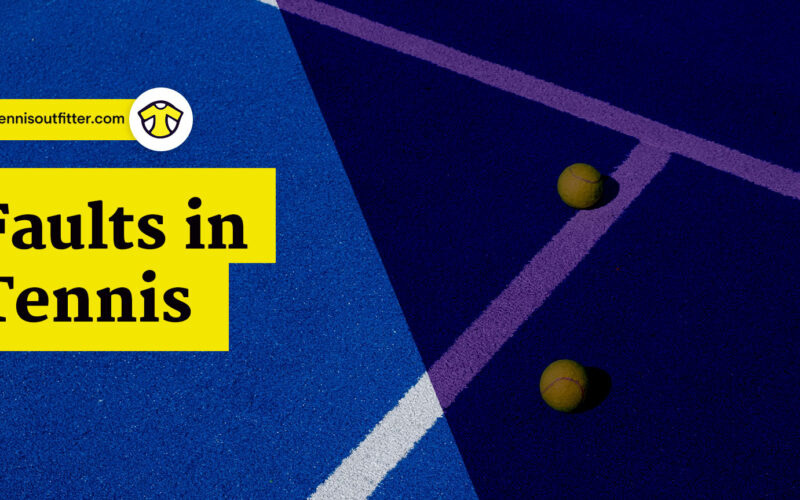 What Are the Types of Faults In Tennis?

Last updated on September 28th, 2022 In many forms of competitive sports, there

Next
How Fast is a Tennis Ball Hit? 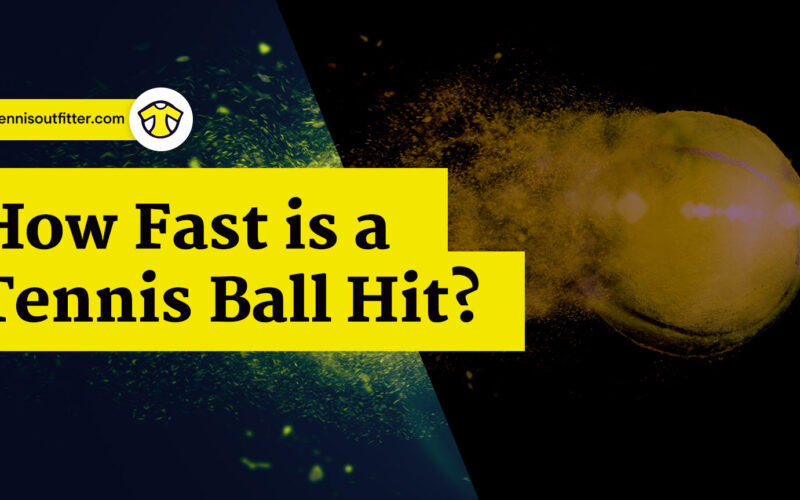 Last updated on September 27th, 2022 The physics of tennis is notoriously tricky 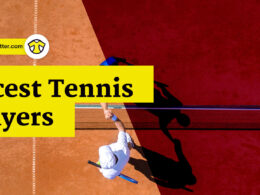 Last updated on October 2nd, 2021 We all know that tennis is an incredibly