The half volley in tennis is that specific stroke that has the player sending the ball back immediately after it has bounced once. Different from standard volleys, which are sent back mid-air, the half volley involved the player lowering and straightening the racket. The ball is hit abruptly and within a few seconds after bouncing.

However, if the player can’t get to the ball before it has bounced, then the ball is hit back through compact strokes. This will efficiently have the net cleared. Luckily, the half volley in tennis and other techniques make it easier for quick returns to happen at a short distance.

When Should a Half Volley Be Used?

It should be noted that only after the ball touches the ground, only then can a half volley be executed. Therefore, it’s difficult to consistently use a half volley in tennis, which is quite a successful stroke, but for novice players, can be very challenging to get “on target”.

Hitting a half volley in tennis might not be that tough but having the ball falling where you would like it to fall is another story. For more inexperienced tennis players, pinpoint precision is the most challenging half volley skill to learn.

Typically, in case the ball is arriving at one of the player’s court sides, and there’s not enough time to reach it before a bounce, then that player is in position to smash a half volley. After the ball has been struck, the player needs to switch up his or her position for the next return to be well prepared.

What Does a Half Volley in Tennis Mean?

If you don’t hit the ball straight when it’s out in the air but allow it to bounce for under a second before hitting it back, then that’s when you have performed a half volley in tennis.

Players use half volleys when they can’t get to hit the ball right before it gets to bounce and instead, they arrive at it precisely after it has bounced to hit it. If executed correctly, a half volley in tennis can be as effective as a volley, which is when the ball is hit when in the air.

Hitting a Half Volley in Tennis

A half volley in tennis is less of a swing and rather a “block” stroke more than anything. Most beginners swing through on their half volley incorrectly.

So, how exactly should a half volley in tennis be executed?

When starting a half volley, there should be nearly no backswing. Make sure that your elbows are in, go through a half swing, and after make contact as soon as the ball touches the ground. Keep on following through target while your racket is face square.

It’s crucial to keep the elbows in, as you can avoid overswinging and converting your stroke into a ground one.

It’s also important to keep in mind that a half volley in tennis is a short block. It could also be called a rebound shot, as it doesn’t need much force to be successful. You get the so-called rebound effect with a half volley in tennis by using the momentum of the preceding shot. In essence, you make use of the power that’s already there.

Where Does the “Half Volley in Tennis” Name Come From?

Despite the ball striking the ground, the shot is classified as a half volley since it lies specifically between what’s called a volley and what’s called a ground stroke. Although the ball is permitted to strike the court, it is not permitted to rise to its normal height. Instead, it strikes as if there has been no bounce.

How Many Languages Does Novak Djokovic Speak?

The ball gets to come off the player’s racket with a half volley just like a regular volley does, but the stroke is not at all a conventional groundstroke.

Although it bounces, the half volley is nevertheless referred to as it is referred since the outcome is identical to a standard volley that sends the ball back to the other player over the net.

Volley vs. Half Volley in Tennis. Main Differences

Tennis volleys and half volleys vary depending on whether there’s a ball bounce. A half volley in tennis allows a bounce, although a very brief one, so that the ball gets to be struck practically instantly and land on the court. A typical volley is whacked when the ball is in the air.

Understanding the differences between volleys, half volleys, and rallies in tennis can help to better get a grasp of what a half volley in tennis is and how it differs from other hits.

The act of returning the ball without allowing it to bounce is known as a volley.

A half volley in tennis is the short, compact swing used to return a bouncing ball.

The rally is when the ball is passed back and forth continuously until there gets to be a point scored. In a lengthy rally, volleys and half volleys are often observed.

Traditional volleys are played with short, compact strokes that virtually never need a complete swing to have the ball returned. They also don’t allow the coming back of the racket behind the shoulders of any player. However, in case the ball gets to bounce close enough to the player, a backhand groundstroke or a forehand may often be used to return it.

How To Film Yourself Playing Tennis?: Your Full Guide

This is a bounce rule that has an exception, though. The half volley is considered to have occurred if the player returned the ball and didn’t swing the racket back over the shoulders, which means that the ball bounced closer to their feet.

In general, whether the ball got to bounce or not and the method of swinging the racket determine if there has been a stroke or a volley. There’s no volley if the swing continues across the player’s body or if the player begins with a racket swing from behind the shoulders.

The half volley might still be regarded as a volley even if the ball already bounced once due to racket posture and striking technique. The ball must be struck before it gets to reach its bounce’s pinnacle height.

Tips on Improving a Half Volley in Tennis

The positioning of your body, the placement of your racket, and the momentum are the 3 main components to keep in mind while practicing and executing the half volley. Here are the precise steps to take to implement the right strategic posture for each:

Because of the stroke’s nature, the body must be somewhat lower when the move is made to smash in a half volley.

This necessitates a little stoop since you are contacting the ball right before it reaches the peak of its first bounce. So, make sure your knees are bent. When you hit a half volley properly, your body should be slightly down from your standard tennis-ready stance.

The location of the racket must be considered as well. You can’t swing the racket beyond shoulders because this won’t qualify the move as a half volley.

It is beneficial to place the racket right in front of the torso and this way, reduce the swing’s length. You are virtually forced to execute a short and compact half volley stroke at this location.

The body’s momentum should be the last on your mind. You want to be moving forward for your half volley. Despite the body’s natural tendency to tilt in front or on one side, doing so will reduce accuracy.

What Is a Half Volley in Tennis – Conclusion

All professionals in tennis use a half volley when needed, as this hit has “deadly” repercussions. Casual players and beginners could also learn the half volley to eventually master it.

In tennis, a half volley is a type of shot that employs a blocking action in which the forward momentum produces the force, with little backswing or no backswing at all. To hit a half volley, make sure that your elbows are in. Aim for racket contact for only a few fractions of one second after you have seen the ball bouncing.

You may employ half volleys to swiftly bounce the ball with your racket in a part of the tennis court where the other player is not present. Alternately, you may use them to lightly drop the ball over the net so that your opponent won’t have time to reach it.

How To Start Watching Tennis

Hopefully, reading this has given you more courage to attempt a half volley in tennis. If executed well, this shot can win you many games. All you should do is practice your half volleys until they are perfect. Good luck and start practicing!

Prev
[The Basics] What Do Tennis Court Lines Mean? 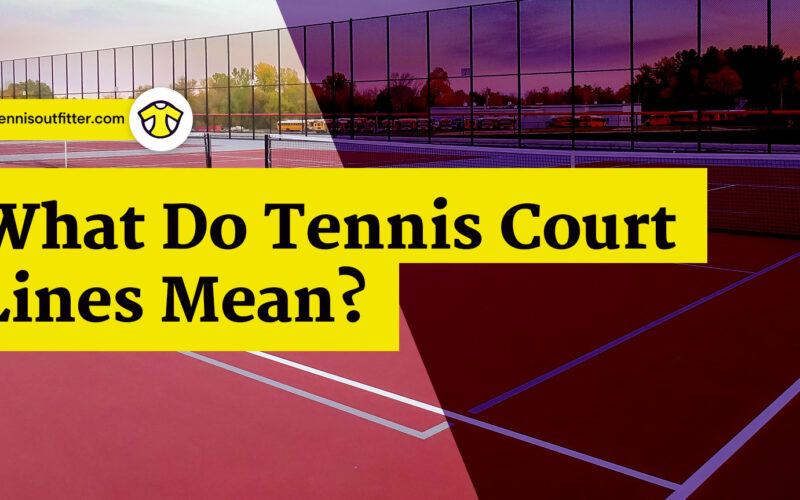 Last updated on October 14th, 2022 There are several different types of tennis

Next
[Interesting] What Is A Normal Weight For A Tennis Player? 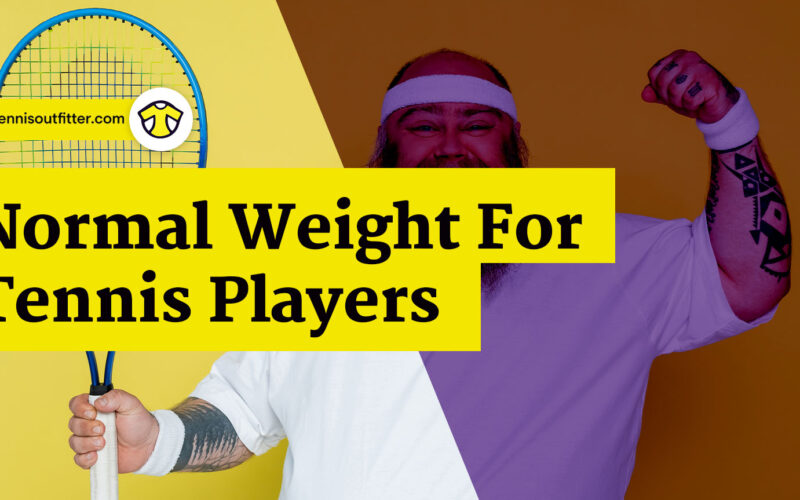 How To Add Weight To A Tennis Racket? Your A-Z Guide

Last updated on December 15th, 2021 One of the most critical things about a good

Why Do Tennis Players Tape Their Thighs?

Tennis players use tape on their thighs to reduce pain, swelling and improve

How Much Does Renting a Tennis Court Cost?

If you live in the United States, you can play the game for various costs