Have you ever wondered where you’re supposed to stand when playing doubles tennis?

If you’ve ever played in a local league, you’ve probably seen players and their partners standing in one of three different positions: one-up/one-back, two-up, or two-back.

But what do these terms mean, and where exactly are you supposed to stand on the court?

So Where Can You Stand?

In the game of doubles tennis, there are specific places where each player must stand in order to be in legal play.

One of the most important things in doubles tennis is choosing the right formation. There are a few different options, and each has its own strengths and weaknesses.

For example, the most common formation is called ‘side by side.’ In this formation, both players stay on their own sides of the court.

This can be helpful because it gives each player a clear view of their own half of the court. However, it also means that players have to cover a lot of ground, which can be tiring.

Another option is the ‘I formation,’ in which one player stays at the back of the court near the baseline, and the other player moves up to the net.

However, it also means that there is less coverage of the court, which can be exploited by opponents.

Understanding the different tennis formations is important for any competitive player.

The one-up, one-back formation is the most basic of all the doubles formations. In this formation, the two players take up roles as the baseline player and the net player.

If you are the receiving team, this means whoever is receiving serve will stay at the baseline and your partner at the net. Obviously this will alternate every point. If your team is serving, this means the server will be the baseliner through each game.

The baseline player stays at the end of their half while the net player guards the net area of their half. This formation is most effective when playing against less experienced opponents who are not as comfortable hitting shots around the net.

The one-up, one-back is a formation typically used by baseliners in a game of tennis. The idea is to have one player at the baseline and one player at the net, with the net player waiting for an opportunity to poach and hit a volley.

This usually leads to cross-court play between the two baseliners. However, it’s important to note that you aren’t locked into this formation.

If you feel the need to drop back from the net or come forward from the baseline, you are free to do so. This flexibility is what makes the one-up, one-back formation so effective.

In tennis, the two-back formation is when the net player lines up with the baseline player on return. On serve, the net player drops back and stands next to them on their side of the court.

How Does Betting Work In Tennis?

This formation is great when you are looking to make some aggressive ground strokes or take more of a defensive position. It can also come in handy when it seems like you have lost your rhythm in the game and you are hoping for a little break to gain that back.

I typically see the two-back formation in a couple different scenarios.

When players are trying to be more aggressive and hit winners, or when they feel like they need to defend more and stay in longer rallies. This can be a very effective formation if used correctly.

The two-back formation is a strategy employed by tennis players when they want to target a particular opponent’s weakness. The first situation is when the net player is not very comfortable volleying at the net.

By dropping back, they are less likely to be picked off for easy points. The second situation is when the opposing net player is very active and poaching a lot of shots.

By playing back on the baseline, you have a better chance of returning the ball before they can put it away. While both of these situations require different approaches, the two-back formation can be an effective way to nullify your opponent’s strengths and take control of the match.

This is considered the most aggressive position to stand in for doubles.

Many players recognize that this is a high skill level characteristic and strive to be comfortable doing this. The main reason for this is because it gives you the opportunity to control the net and therefore control the points.

When you are able to control the net, you are able to hit more volleys and put away shots more easily. If you and your partner can execute this formation well, it will give you a big advantage over your opponents.

The two-up formation is a key strategy in the game of tennis. In this formation, two players stand side by side at the baseline, each covering onehalf of the court.

This arrangement allows both players to defend against deep shots and to attack the net more effectively.

Tennis is a game of strategy as much as it is a game of skill. If you want to improve your doubles game, you need to be aware of the many different strategies that can be employed in order to win. For example, one common strategy is known as “serving and volleying.” This involves serving the ball deep into your opponents’ court and then rushing to the net to volley the ball before they can get it back. This is an effective strategy because it puts pressure on your opponents and forces them to make mistakes. Another popular strategy is known as “baseline play.” This involves staying back near the baseline and hitting groundstrokes until you have an opportunity to hit a winner.

Where You’re Allowed to Stand During The Serve?

In a game of doubles tennis, the server is only allowed to serve from behind the baseline of alternate halves, and he must start from the right side of the court.

Rule 18 further states that the server’s foot is not allowed to touch either the court or the baseline, outside the imaginary extension of the sideline.

As a result, the server must be careful to avoid stepping on any part of the court during his service motion. If he does so, it will result in a penalty.

The same goes for if he steps on the baseline. In addition, if the server steps outside of bounds while serving, it will also result in a penalty.

Consequently, servers must be mindful of their positioning throughout the service motion in order to avoid any penalties.

One of the most important decisions that a player can make is where to stand during serve. The net player, for example, has a lot of freedom when it comes to positioning.

They can choose to stand in the middle of the court, on their partner’s side of the court, or even in the service box. Each position has its own advantages and disadvantages, and it is up to the net player to decide which one will work best in each situation.

The same is true for the receivers. They can choose to stand anywhere on the court, except in the service box.

Where to Hit Your Returns In Doubles?

When returning a serve, the goal is to put your opponents in a difficult position. The goal is to make it difficult for the server’s partner to anticipate where the ball is going.

The best way to do this is by hitting the ball deep into the court.

This will force them to move back and give you more time to get into position.

When you’re playing tennis, there are a lot of different ways you can return your opponent’s serve. If you’re not sure what to do, here’s a brief overview of some of the most common options.

When Should You Take the Deuce or Ad Side with Your Partner?

When playing doubles tennis, partners must choose which side of the court they will occupy. This decision is usually based on individual preferences, with each player taking the side that suits their strengths best.

For example, if one player has a strong backhand, they may want to take the ad side so they can handle more of the balls coming to their backhand.

Alternatively, if one player is better at returning serve, they may want to take the deuce side so they can receive more serves.

Ultimately, the best way to decide which side to take is to experiment and see what works best for you and your partner.

Is there a rule that states you must stay on the same side while receiving serves throughout the match?

When playing tennis, one question that often arises is whether or not you have to stay on the same side when receiving serve throughout the whole match.

So, if you start on the deuce side, you will need to stay on that side for the entire set. Only at the start of a new set are you free to change sides or stay where you are.

This rule exists to prevent players from gaining an advantage by switching sides based on the strengths and weaknesses of their opponent’s serve.

What is a doubles alley?

In tennis, the doubles alley is the area of the court between the two transecting lines that delineate the singles courts. When playing singles, any shots that land in this area are considered out-of-bounds.

The dimensions of a doubles alley vary depending on the size of the court, but it is generally between 4 and 8 feet wide. In doubles tennis, both members of a team occupy onehalf of the court, including their respective halves of the doubles alley.

This leaves a smaller space for each player to cover and makes it easier to hit shots into the opposing team’s territory.

As a result, doubles games tend to be more strategic and require greater teamwork than singles matches.

Can you serve from the doubles alley?

In doubles tennis, the server gains the area behind the alley, along the baseline between the singles and doubles sidelines.

This means that the server can choose to serve from anywhere behind and along the baseline from the center mark to the doubles sideline on their team’s end of the court.

This can be an advantageous position for the server, as it gives them a clear view of both opponents and allows them to place their shots more strategically.

Additionally, serving from this position can help to surprise opponents who may be expecting a different serve.

Ultimately, whether or not to serve from the doubles alley is a decision that each player must make based on their own playing style and the strategy of the match.

Prev
Why Do Tennis Balls Have Lines? 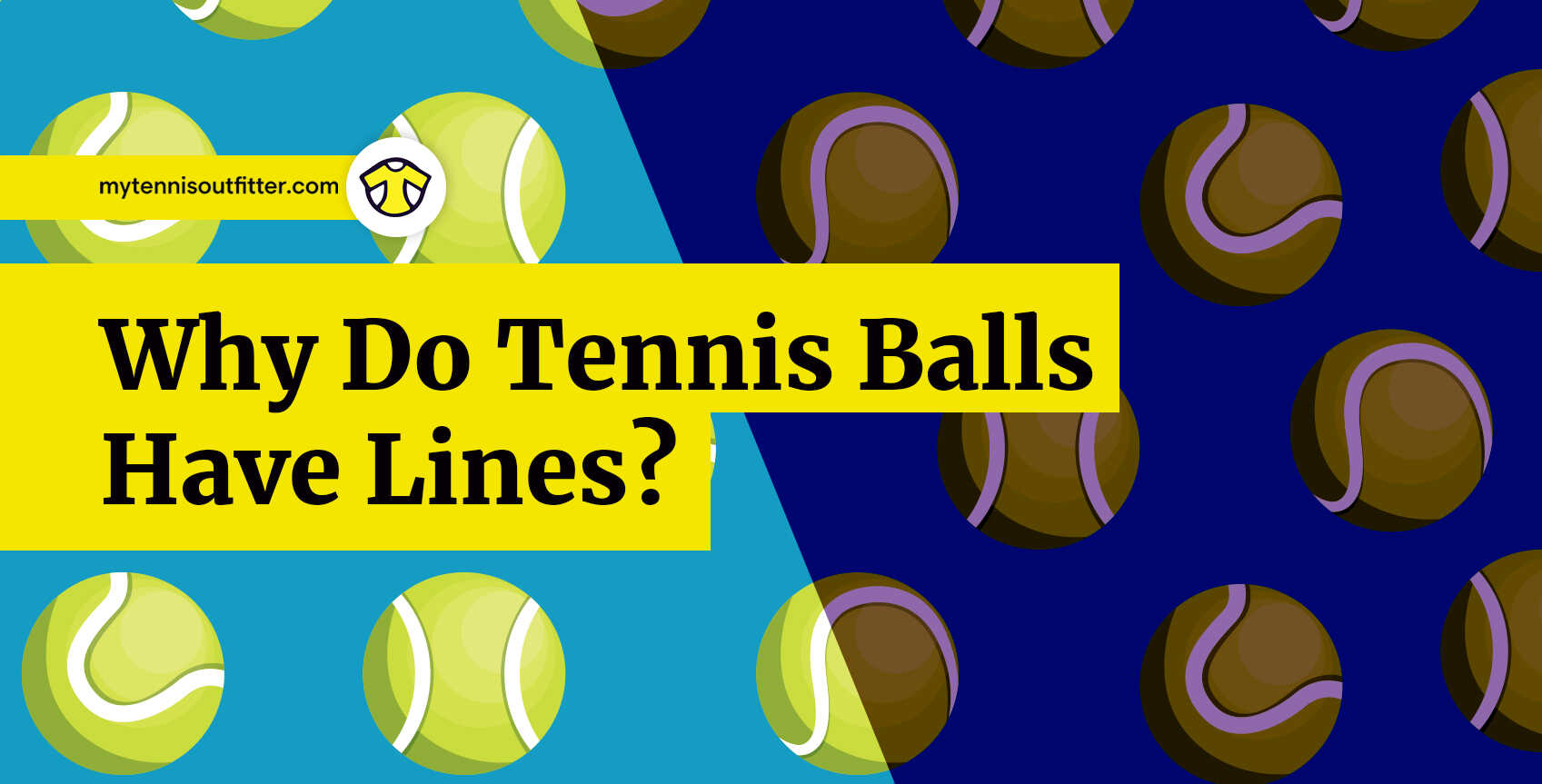 Why Do Tennis Balls Have Lines?

Although you might not give it much thought, the manufacturing process for

Next
Tennis Racket Oversize Vs Midplus 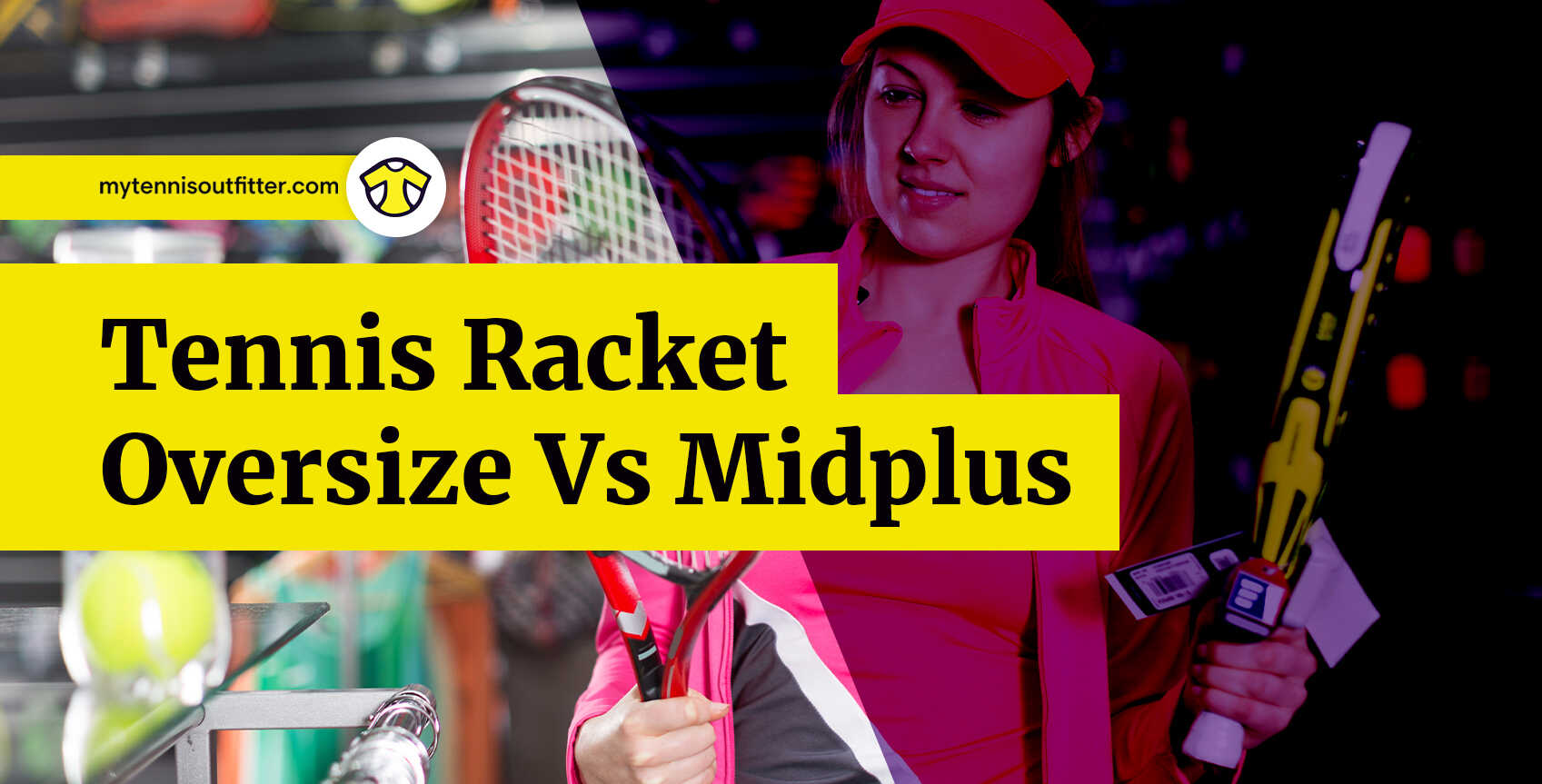 When it comes to choosing a tennis racket, size matters

Introduction One of the most important factors in tennis, aside from skill and

Tennis can be a difficult sport to break into 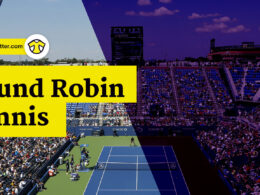